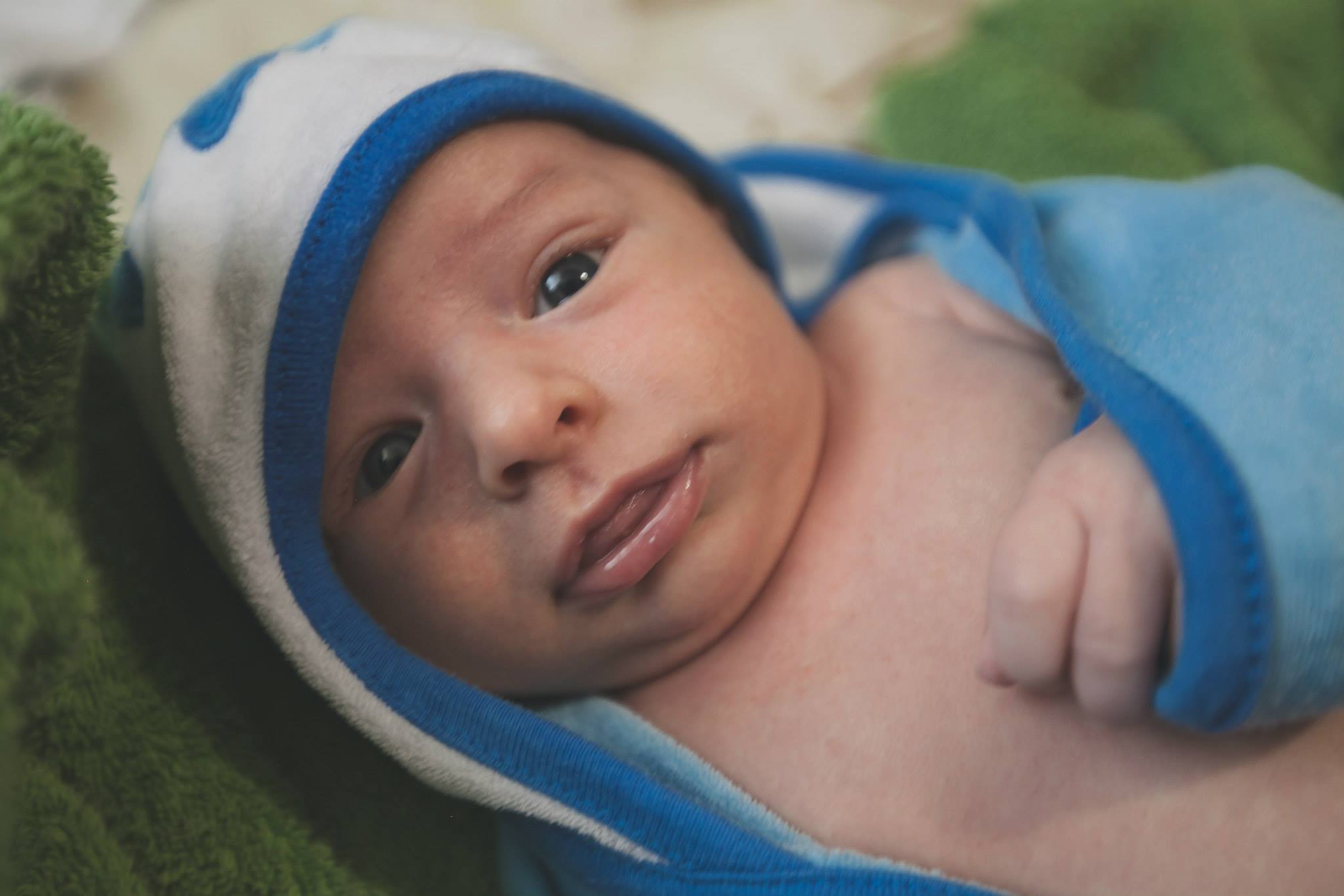 Most of my pregnancy with Beyren felt like one giant blur. I felt much more sick and busy that time completely passed me by. I didn’t take it in as I wanted or day dream about what having 3 sons would be like. Soon I was coming up to 40 weeks and feeling robbed of my experience and really not feeling ready for the task of child birth or what was to come after. I was content for him to stay in me for as long as possible. This was not at all like the other 2 where I would of welcomed birth long before my due date. Because God knows I needed a push and motivation for labor he let my body convince my mind this baby should come out and come out now. The end is so uncomfortable. This truth has always humored me.

On Thursday, 2 days before my due date, I had my final check up. Result was the same as it had been for weeks, 3 cm dilated 75% effaced. My doctor again said, “expect any time and expect it to go quickly… this is your 3rd after all.” My biggest fear was for this labor to go too quickly and I wouldn’t have time to get to the hospital. Friday we went to the office, hoping to distract me, had lunch with a friend who was in town and nothing happened. By the end of the day I was noticing more than normal wetness happening. I didn’t think that much about it and then went to bed. While getting up 5,000 times in the night to pee something just didn’t seem right. By the morning I was feeling so anxious about it that I decided to go in and make sure my water wasn’t leaking.

That morning, Saturday morning, my due date, I went in around 10am. After taking a sample it was confirmed that my water was leaking. Since I wasn’t very sure on when it started they decided to induce me by early afternoon. Taken off guard I nearly burst into tears. When I look back now I think it’s silly, but this was continuing in the theme of feeling unprepared and having unexpected circumstances. The other 2 were so predictable. I had prepared myself mentally (as much as you can). Everything happened as it was supposed to with no problems or something to veer me off my plan. Being induced was something foreign to me and I had it in my head that that was the worst case scenario and would ruin my plans to have my water birth as I had with the other two. Soon they had put in the dreaded iv and I was on my way to having this baby. Because I also had to take antibiotics for being streptococcus B positive, I was connected to a monitor for the entire labor. Another thing I wasn’t prepared to have to deal with. After an hour or so and seeing that things weren’t as bad as I had built up in my head I started to relax. Things may not have gone in the perfect way I wanted, but they were going well. I was induced around 2 in the afternoon. We watched 2 movies and by 6:30 I was starting to feel things progressing more intensely. The midwife examined me and I was at 7cm. I decided to get in the jacuzzi. Things started going very fast from that point. Around 7:30pm contractions were almost on top of each other and transition was starting so I had her examine me again. I was at 9cm. I felt a lot of relief that it was getting close. 30 mins later, intensity was the same, but not much more had changed. The offered to break my 2nd water to help move things forward and when she did it felt like a waterfall had just been let through and out he came in 2 pushes.

Then Beyren James was placed on my chest. Nothing can prepare you for the love you experience when you see your baby for the first time. I couldn’t be more thankful for that.

They had predicted Beyren would be around the same size as Colton 3.5 KG. She assured me not more than 4KG. He weighed 4,150 grams… that’s over 9 pounds and 52 cm (20.5 inches). God knew he needed to come out, even by force. I can’t imagine letting him get any bigger!

Things may have gone differently than I had imagined and I may have felt unprepared, but God once again God uses the birth of my children to teach me. Even when I don’t feel prepared and things don’t go as I want, they can still go well… even better than I originally thought. He’s so faithful to take care of our needs and the end we have a beautiful son. We are so blessed by this sweet boy and so thankful that God knew just what this family needed.

TOGETHER WE CAN MAKE A DIFFERENCE.
SUPPORT OUR TRAVELS
© 2019 | Nolan and Hannah Tarantino | Tarantino Family Blog of Travels | Email