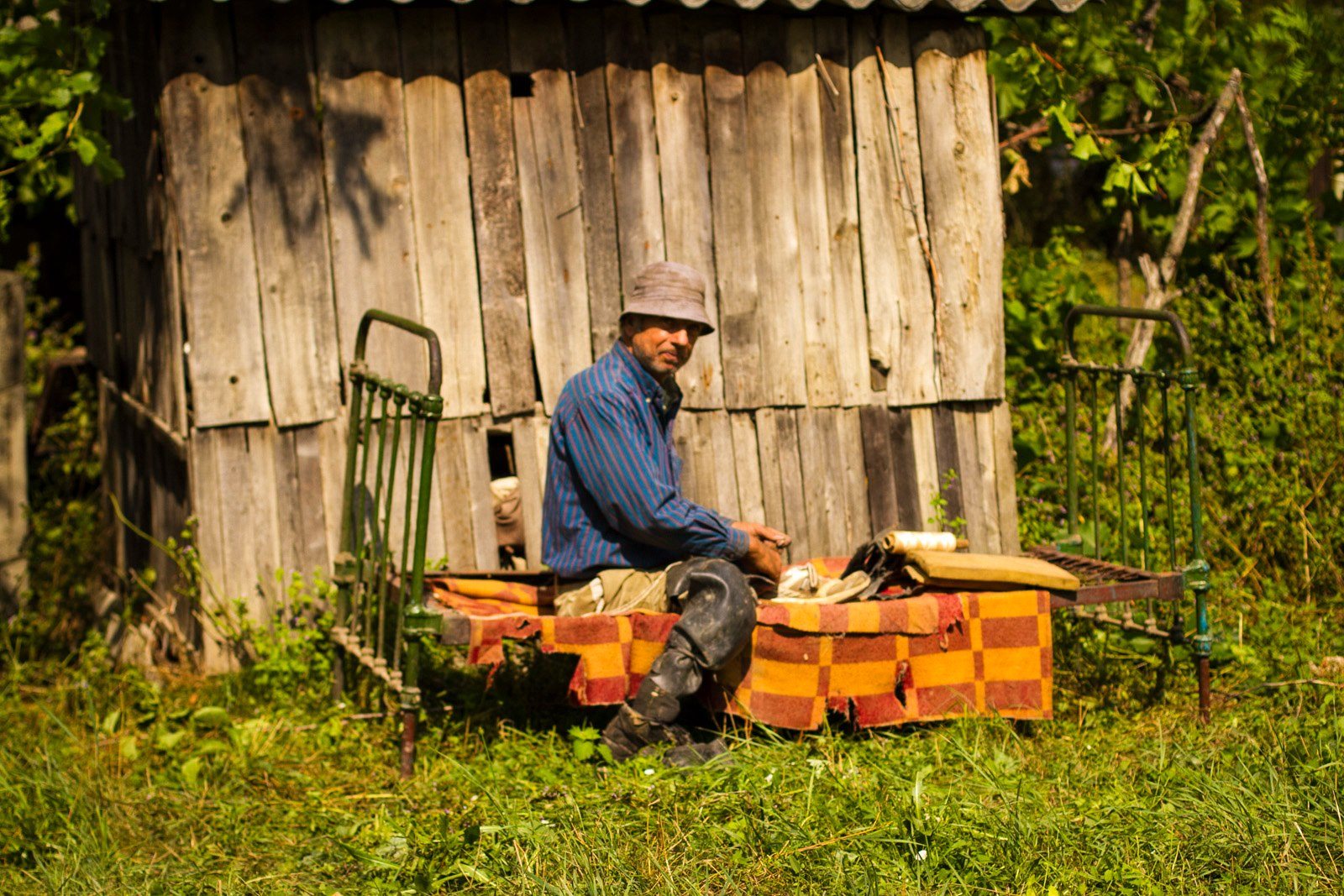 Alik cannot walk. Born healthy, he lost the use of his legs as a young child due to an unknown ailment. In his home village of Glinjeni, Moldova, his only option is to crawl on his hands and knees, dragging his legs behind him. Despite this disability, Alik always seems to be smiling!

Alik first crossed paths with Convoy of Hope Europe in 2011 when Cornerstone Church in Bowie, Maryland decided to adopt the village of Glinjeni through Convoy’s Adopt-A-Community Program. The first team was shocked when Alik showed up for a church service having traveled nearly a mile from his home on his hands and knees over rough terrain. Subsequent teams also were captured by Alik’s infectious joy and lack of self-pity. One team spent a week working on Alik’s house painting the exterior and interior, performing repairs, fixing the stove, clearing the yard and stacking wood; all tasks that would have been impossible for Alik to complete on his own.

One team member, a mechanic for the Australian pro-cycling and Olympic teams was particularly struck by Alik’s trouble. In 2012, Mark took Alik’s measurements, so when the team returned again in 2013, he presented Alik with a custom bicycle that could be pedaled with the hands. All materials for the bike had been donated or reused by people who had been touched by Alik’s story. 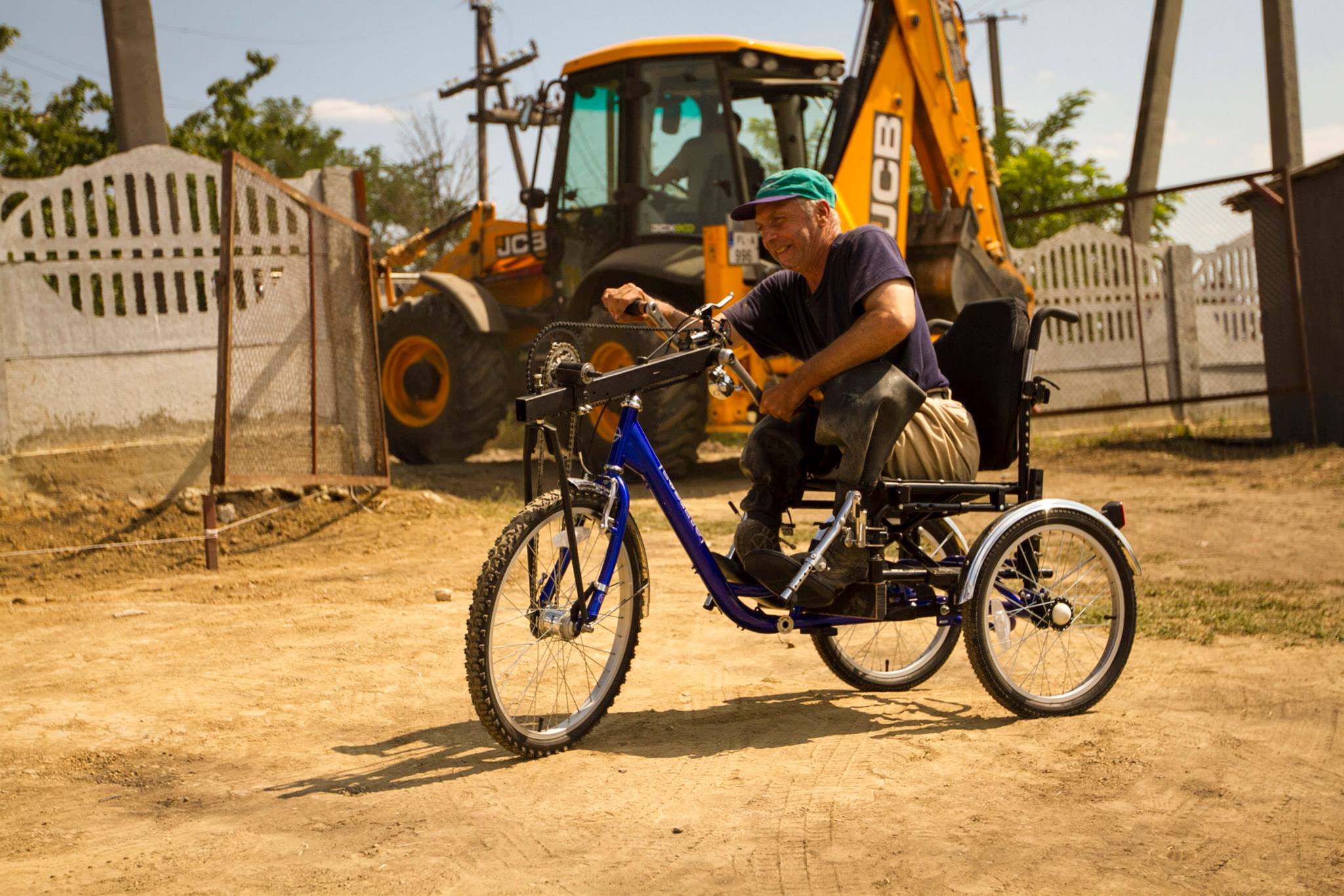 Not finished yet, on the final trip, some of the team members from Cornerstone also paved a sidewalk from Alik’s house to the street to make using the bicycle easier, as well as building a new handicap-accessible outhouse! The joy and freedom on his face when presented with these gifts were priceless!

Alik was just one of the lives touched in Glinjeni over three years by the teams from Cornerstone, but his story is a clear example of why the Adopt-A-Community Program is so effective. Transforming change does not happen with one visit. Truly transforming lives in a community takes time, but in the end, there is a distinct confidence in the sustainability of hope in each area.

You can help us continue to bring hope to individuals like Alik by giving a one-time gift or joining with us on a monthly basis here.

TOGETHER WE CAN MAKE A DIFFERENCE.
SUPPORT OUR TRAVELS
© 2019 | Nolan and Hannah Tarantino | Tarantino Family Blog of Travels | Email